The city of Gyor is situated in one of Hungary’s most prosperous economic areas. Located in the far northeastern part of the country, the city is close to both the Austrian and Slovakian borders. The capital cities of Vienna and Bratislava, are little more than an hour away. These major metropolitan areas are a crucial part of Gyor’s economic hinterland. The city is home to a large Audi factory which produces state of the art engines. Industrially, it is best known as the home of the Raba Engineering Works which manufactures rolling stock for railways and trucks. The name Raba comes from the river which flows into a major tributary of the Danube, the Mosoni-Duna at Gyor. The Habsburg name for Gyor in the 17th and 18th centuries was Raab named after the Raba River. 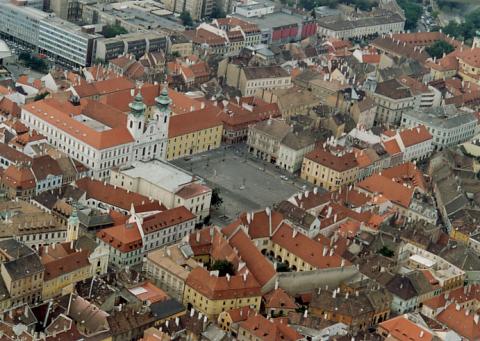 Darkest of the Dark Ages – The Rise & Fall of the Avars
Over the last couple of centuries as Austrian influence waned, the city gradually came to be known as Gyor. This only seems right since Gyor is dominated ethnically, linguistically and culturally by Hungarians. Strange as it may seem though, the name Gyor is neither a linguistic creation of Hungarians or Austrians. Actually the name was adopted from the language of a much older group of people who once inhabited this same area. Gyor comes from the word gyuru, which means circular fortress in Avar. It seems that during the 8th and 9th centuries the people known as the Avars placed a round fortress in the area that is Gyor. This comes about as close as you can get to any direct Avar influence in Hungary today. It is simply amazing that a people who once dominated the land which makes up present day Hungary have all, but disappeared, if not from the historical record, at least from historical consciousness. So exactly who were the Avars?

In the simplest terms the Avars were a tribe of nomadic horsemen that occupied the Carpathian Basin in the period between the decline of the Huns and the arrival of the Magyars (Hungarians). Keep in mind that the Huns and the people who came to be known as Hungarians were two very different, distinct peoples, separated by over four hundred years as well as the rise and fall of the Avars. The Avars would rule the basin area from the mid-sixth century up until the beginning of the ninth. This era is often referred to as the Dark Ages, due to the decline of European civilization following the collapse of the Roman Empire. During this period the Avars occupied a historical netherworld that might best be described as the Darkest of the Dark Ages. This was a time when written chronicles were few. Most of what is known about the Avars comes from archaeological evidence.

The Historical Middle – Caught Between Greatness & Oblivion
If historical knowledge of the Dark Ages is vague and mysterious in western Europe, than it is downright invisible in eastern Europe. Noticeable traces of the Avars have been all but erased from the landscape. Whereas one can go visit the ancient Roman ruins of Aquincum in Obuda, there is no easily accessible Avar site that would even come close to being termed a ruin. The only people with knowledge of the Avars are most likely to be found in the archaeology or ancient history departments of local universities.

This almost total unawareness of the Avars is mostly caused by the fact that they neither built nor developed anything of lasting influence. Furthermore, the Avars never produced a leader that captured the historical imagination such as the Hun warrior, Attila. Even though the Huns rise and decline in Europe occurred in barely a hundred years – a blink of an eye by human historical standards – knowledge of their deeds vastly outweighs what is known about the Avars who occupied relatively the same area two and a half times longer. Unfortunately, the Avars suffer the plight of those who came before (the Romans) or those who came after (the Magyars). A cautionary tale for those who get stuck in the historical middle, their past has been relegated to at best, the unknown and at worst, oblivion. 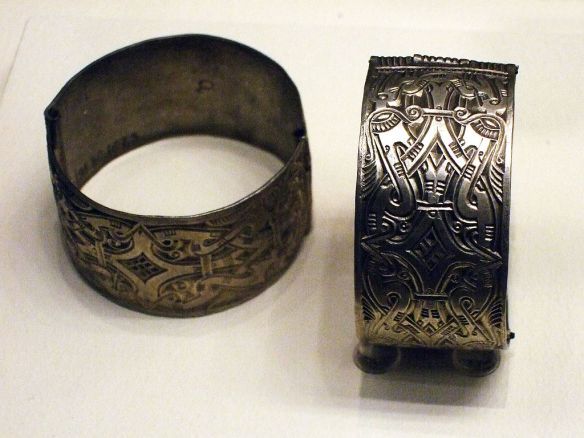 A History of Forgetting – The Avars & Us
So what can be learned from story of the Avars or should we say the lack of a story? Perhaps they help us grasp just how incredible it is that the Magyars were able to make the Carpathian Basin their permanent home. Consider that if you take the combined time the Avars, longer lasting Romans, and short lived Huns ruled the area, it still does not match the 1,100 years and counting that the Magyars have ruled over the Carpathian Basin. The Hungarians took what had become a land of the temporary and made it their permanent home.

In the bigger picture, the Avars remind us how everything human is temporary. Rises, declines and falls are all normal outcomes in the histories of peoples, empires and nations. Some such as the Greeks and Romans are remembered long after they are gone. They are the exceptions rather than the rules. Many more peoples, too numerous to name, are all but forgotten. The Avars are unexceptional because their story is so common. The majority of human history is just like the Avars, vanished without a trace. Does it really matter? Who cares about the Avars? It really does not seem to matter, until one considers that almost all of the human history occurring today will be all but forgotten. We are not headed to the historical realm of the Greeks or Romans or even the Hungarians, the majority of us are headed to oblivion. If we are lucky someone may remember us, a little bit more or a little bit less, than we now remember the Avars.