History is always with us, even when if we do not recognize it. Most of the past remains unacknowledged or unknown. This is due to both ignorance and the sheer breadth and depth of human activity. In nations such as Hungary, where history seems ever present, historical consciousness centers on events that are more recent and have defined modern Hungarian society. These are most obviously, the post-World War I Treaty of Trianon in which Hungary lost two-thirds of its land and population, the failed 1956 Revolution against Soviet style communism and the fall of the Iron Curtain. More generally, there is an awareness (some would say psychosis) of having suffered invasion and occupation by foreign powers such as the Soviets, Habsburgs, Ottoman Turks and Mongols. The further back in history one goes, the less visceral the memory. The Mongol invasion occurred so long ago that it is now nothing more than an abstraction. Proportionately though, it was as close to a cataclysm as Hungary would ever experience. The Mongol conquest could best be described in two words, wanton destruction. That is why there is so little physical evidence in Hungary today of any building or structure that existed prior to the Mongol invasion, but that does not mean there is none. 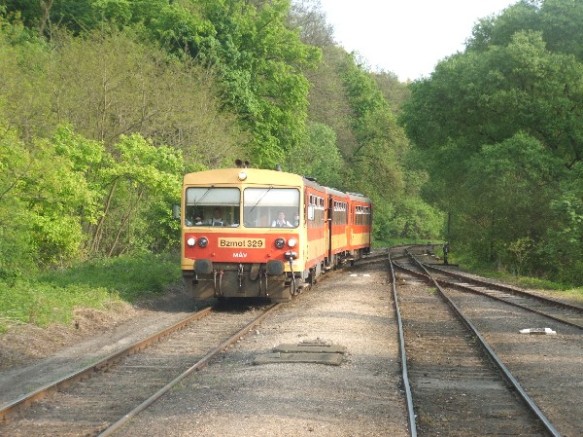 Traveling With The Past & Into The Past
That brings us to Szokolya, smack in the middle of the largest basin in the Borszony Hills. It is less than an hour from Budapest by car, but the best method of travel to Szokolya is by railway. It’s not just the natural beauty of the northern uplands that make this trip worthwhile, but also the opportunity to ride on the Kiralyret Forest Railway one of the few narrow gauge rail lines left in Hungary. This line has withstood radical changes in travel and technology. It offers visitors to the Borszony Hills an intimate window into this bucolic landscape. Though the railway’s terminus is just a little farther north at Kiralyret, those interested in early medieval history should disembark at Szokolya. At first glance it is a prototypical Hungarian village with neatly kept streets, tidy houses and church steeples rising above it. It is easy to be impressed on a superficial level with this quaint settlement and its beautiful natural surroundings.

In Szolkolya though, there is more than meets the eye, especially when it comes to what lies beneath. Many homes in the village have cellars which store wine. Surprisingly this was not the initial reason for their construction. These were actually built as hiding places. Hiding from whom? Not the usual suspects. Not the Soviets or Habsburgs or Ottoman Turkish forces. In the case of Szokolya, it was the inaugural foreign conquest, the first in what would become a recurring theme in Hungarian history, the Mongol Invasion of 1241 – 1242 which sent people into the underground. Overshadowed historically by more recent invasions, the Mongol incursion was the inaugural calamity in Hungarian history. 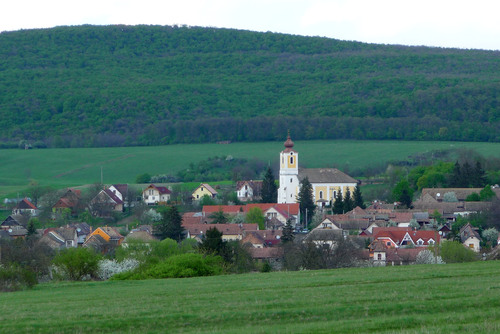 The village of Szokolya, Hungary – history is literally hidden beneath the surface here

The First Cataclysm
On several occasions before their arrival, King Bela IV had been forewarned that the Mongols were a ferocious opponent moving westward with alarming speed. For all intents and purposes, Bela did take the danger seriously. He conducted inspections of fortifications and attempted to improve the kingdom’s defenses. Unfortunately, the nobility was too busy quarreling with each other and the king while trying to protect or increase their privileges. This disunity has been a recurring theme in Hungarian military defeats. The nobles gave little thought to the ominous threat that was gathering on the eastern horizon. By the time they did take notice, it was much too late. In the spring of 1241, at the battle of Mohi in northeastern Hungary, the Hungarian army was destroyed in a matter of hours. The Mongols then swept across the Great Hungarian Plain carrying out a rapacious wave of destruction.

It has been calculated that over half of all settlements in this area were obliterated from the landscape. Those few that were left standing had their fields burned and food sources pillaged. Disease and starvation followed. Resisters were killed, while those who surrendered were taken as slaves. As if matters could not get any worse for the area east of the Danube, the Mongols advanced very little west of the river, instead they focused on “pacifying” the region. Historians have estimated that half of the entire population of Hungary was either killed or enslaved. How did the villagers who avoided this fate survive? Thousands were lucky enough to make their way to walled fortresses that provided some protection from the rampaging Mongol cavalry. The villagers also fled to the thick forests of the northern uplands where Szokolya is situated. In many cases, those fortunate enough to survive had to go underground, quite literally. They hid in cellars beneath village dwellings. Some of these still survive in Szokolya today. 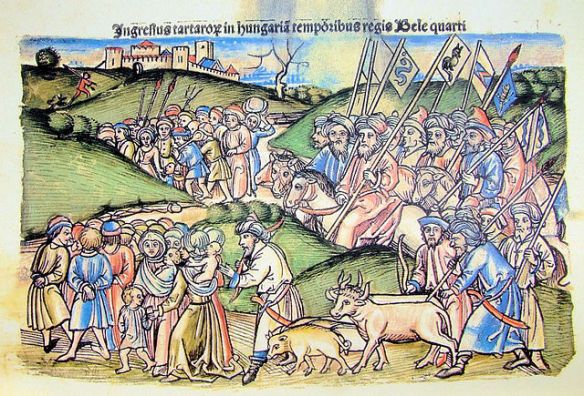 Beneath the Surface – History’s Dark Spaces
There is little physical evidence of 13th century Hungary left in the country today. The rampaging Mongols wiped out both the present and what would have come to represent the past. The cellars in Szokolya offer one of the few recognizable remnants from this brief yet all- consuming catastrophe. These might not be overly impressive to the curious onlooker, until they realize that the Mongol destruction was so complete that the only physical remains left from that time can only be found beneath the earth. The fact that even this exists is something of a miracle. The Mongol invasion of Hungary has been completely forgotten. It is not even a distant memory. Sure it can be read about in history books, but that hardly brings it back to life. The only place left to get in touch tangibly with that event is in one of Szolkolya’s cellars. Here the past still survives, in dark, dank spaces hidden deep in the historical conscious.

1 thought on “Hidden In A Hungarian Cellar: The Last Living Legacy of the Mongol Invasion – Szokolya, Hungary”