A few days ago I spent time scrutinizing a turn of the 20th century map of the Austro-Hungarian Empire. My attention turned to the frontiers of the easternmost province of Galicia, where it bordered on Russia. I was looking for the town or village that came closest to straddling this now vanished border. After close study I found a little place called Husiatyn. It was hard to even read the town’s name despite using the map’s zoom feature. Husiatyn looked to me like it was the last place in the world.  I wondered if there was anything of interest to be discovered there. I hoped that the town would be worth studying because of its frontier situation, a place where east and west collided. As I was soon to discover Husiatyn had a fascinating and troubled history.

Eastern Limits – Husiatyn, Austria-Hungary: A Town Too Far
Trying to locate the last place in Europe before its far eastern reaches give way to Asia is not easy. Where that place happens to be has always been open to debate. There are many geographic and geopolitical considerations that go into finding the answer, but these vary greatly. One of the possible candidates from centuries past is no longer a candidate at all. This is the small town of Husiatyn (population 2,500) on the eastern fringes of western Ukraine. For a century and a half it was on the Austro-Hungarian side of that empire’s border with Russia. Then following the First World War, it was on the Poland side of that reconstituted nation’s border with the Soviet Union. Later it was sucked into the fathomless land mass of the Soviet Union. Today it is little more than a provincial town in Ukraine. Husiatyn still stands along the border, but this is the one between Ternopil and Khmelnitskyi Oblasts.  Its current status is quite a step down from the time when the town was either the first or last place in Europe depending upon a traveler’s direction.

In the history of a nation, city or town, geography is said to be destiny. In the case of Husiatyn not only is this true, but even more to the point hydrology (the movement of rivers) has defined and confined its destiny. Husiatyn sits on the left bank of the Zbruch River. A languid, watery ribbon that flows for 244 kilometers through the Podolian Upland before it debouches into the mighty Dneister River. The river was the boundary between dueling empires in the late 18th, 19th and early 20th centuries. On one side stood Husiatyn, final outpost of Europe, the farthest eastern extent that Austrian rule would ever reach. A stone’s throw away was mighty Russia, half-European, half-Asian, stretching from the right bank of Zbruch all the way to the Pacific Ocean, over ten thousand kilometers away. The town was a crossroads of trade and cultural exchange. A closer look at Husiatyn’s history reveals that eastern influences were just as pervasive as western ones in the town for centuries. These came not so much from Russia, but from Judaism and the Jewish people who dominated the town’s life for centuries. There is still a building standing in the town, a half ruin that evokes five hundred years of Jewish history in Husiatyn, it stands as an abandoned half-ruin today. 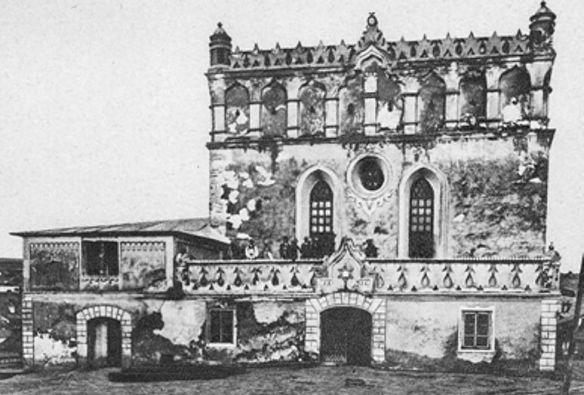 A Fortified Synagogue & The Hasidic Movement
Husiatyn is the setting for a unique abandoned synagogue. This otherworldly architectural artifact from the 16th century looks as though it was the product of a vanished civilization. Tragically that is close to the truth. The structure is a rare example of a “fortified synagogue” constructed in Renaissance style with Mauritian-Gothic decorative elements that were added after a fire damaged the original building in 1742. Fortress synagogues were built in the Polish-Lithuanian Commonwealth, constructed to defend against attacks from Tatar and Russian invaders from the east. The synagogue brings together elements of near eastern and western architecture, a fusion of the Renaissance with Orientalism. Judaism was synonymous with Husiatyn for centuries, with its heyday in the 19th century. Most famously, the Hasidic movement thrived in the town.

Hasidism was a spiritual revival movement that arose in western Ukraine. It was characterized by religious conservatism, social seclusion and extreme devotion. The followers, known as Hasidim, were organized into “courts” led by a spiritual authority known as a “Rebbe”. Adherents formed a close relationship with the Rebbe in order to get close to God. In 1861 a famous Hasidic court was formed in Husiatyn. Many followers moved to Husiatyn so they could be close to the courts founder, Rabbi Mordecai Shraga-Bar. This set off a mini economic boom in the town as the population expanded. The movement was social as well as religious, with hospitals, bath houses and homes for the elderly constructed. Since the inception of Austro-Hungarian rule in 1772 the rights of Jews had continually expanded. As such, Jews from Russia flocked to the area escaping persecution. By 1900 the population of Husiatyn had expanded fivefold. Of the 6,060 citizens of the town, two-thirds were Jewish. 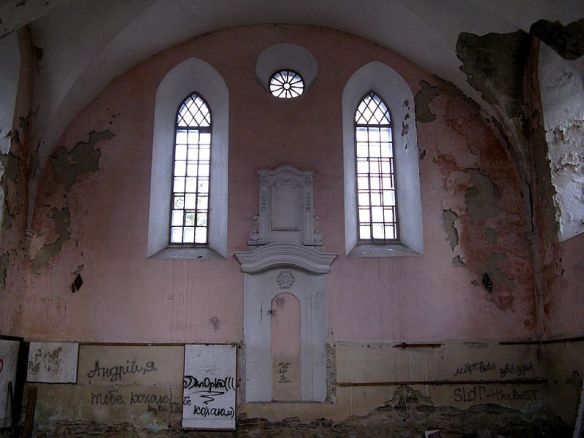 A Fire That Burned Forever – War On The Fringes
There was one major problem though, Husiatyn’s position on the border made it extremely vulnerable in the event of war between Russia and Austria-Hungary. As tensions flared between the two empires in the years prior to World War One the population began to drop. Many of the townspeople saw dark portents of the future. Husiatyn’s Rebbe relocated to Vienna. Such a move showed uncanny foresight. In the summer of 1914 Husiatyn was caught in the crosshairs of an all-consuming conflagration. The town barely survived what would turn out to be a several years long baptism of fire. The Jewish population of Husiatyn suffered grave and irreparable damage. There is the belief that the Holocaust was a World War II phenomenon, but a lesser holocaust took place in the First World War fomented by Russian anti-Semitism.

On August 9, 1914, the Russian Army crossed the Zbruch River. Husiatyn was one of the first places to feel the heavy hand of invasion.  The glory days of Judaism in Husiatyn came to an abrupt end. Less than a year later the entire Jewish population was forced to leave the town. War plagued the town for years. Husiatyn lost at least 600 buildings due to World War, Civil War and the Polish-Soviet war.  By 1921 less than four hundred Jews were left in the town. The town was now part of Poland, but not for long. The Nazi invasion in 1941 and resulting Holocaust would add a final and murderous footnote to the history of the Jews in Husiatyn. Half a millennium of Judaism in the town was extinguished in a matter of days. 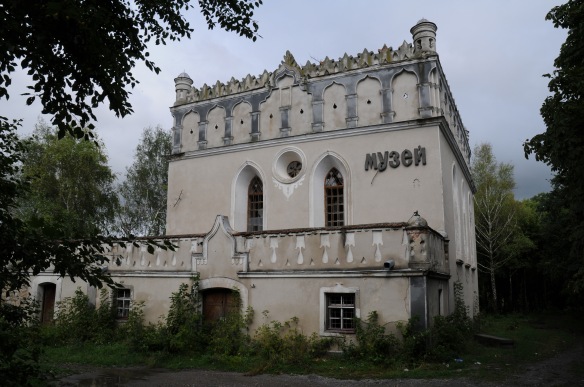 The Final, Few Traces – Civilization Lost
Present day Husiatyn is totally disconnected from its pre-World War I past. Austria-Hungary is a mere afterthought as is the Second Republic of Poland. The Zbruch River still acts a border, but a provincial rather than an international one. The eastern limits of the Austro-Hungarian Empire were consumed by nationalism and communism. Husiatyn is now just an inconsequential town, in a remote area of a troubled nation. Still just a dot on a map, it is scarcely noticeable within the wider area of Ukraine. There are few physical remnants of Husiatyn’s former importance. The most poignant reminder is the vacant shell of the Fortified Synagogue. Its roof has collapsed and the building is derelict, an odd site, in a strange place, lost in time. This remnant of a lost civilization looks as though it could be the last place in the world. Maybe it is.

41 thoughts on “The Last Place In the World – Husiatyn, Ukraine: Lost In Time”