During the Belle Epoque (Golden Age) of pre-World War I Romania many people would have died for the chance to spend an evening socializing with the wealthy elites who haunted the gilded halls, resplendent ballrooms and high stakes gambling tables of the Constanta Casino (Cazinoul din Constanta). The crème de la crème of the nation’s aristocracy loved and laughed with little thought for the future during this era. They had no idea just how much two World Wars would change Romania. To understand just how radical the transformation, look no further than the Casino after the communists took power in 1948. Over the next few years, people were no longer dying to come into the casino, instead they were at risk of being worked to death in the vacant and half-ruined postwar edifice.

An anti-gambling law had destroyed the casino’s main stream of revenue. The work to transform this once ornate structure into a House Of Culture was being done by men who in the past would have led the country. The elites and politicos of a former age were marked men, transformed into political prisoners and slave labor forced to work on reconstruction projects. The Casino, which for years had played host to many amazing events and evenings, had now sunk down into the depths of its darkest hour. 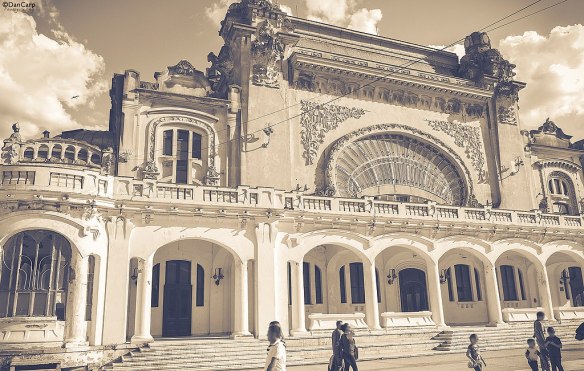 The House Of Culture – A Communist Style Casino
By the end of World War II, the Constanta Casino was a mere shell of its former self. The Casino had suffered grave damage due to wartime air raids. Though it was still standing, the interior had been largely ruined, a pale representation of this once fantastical seaside set piece. The communists may have destroyed the Casino’s economic livelihood by banning gambling, but they saw an opportunity to use the building for propaganda purposes. This was the genesis of its transformation into a House of Culture. The idea was communist co-option at its finest. They could take the Casino, give it a new name and superficial overhaul, then claim it as their own. The revamp would not be done by skilled artisans, that was much too sensible an idea. Instead, those that had been deemed the dregs of society were commandeered into service.

A bit further north and west of Constanta, thousands of political prisoners were laboring on construction of the Danube-Black Sea Canal. These prisoners were former aristocrats, capitalists, fascists and other so called enemies of the state. The communists picked one hundred men from these prisoners to work on repairing and renovating the Casino. While work on the Canal was done under the most brutal of conditions, those selected for work on the Casino would not be that much better off. They were forced to work from before sunup to after sundown. Living conditions were deplorable. They were underfed, ill-treated and housed in one of the few Casino rooms that lacked windows. The casino was in very poor condition and the prisoners in no better shape. A building that in an earlier age acted as portal to a world of beauty, was now a prison of shadow and spite. Eventually the repairs ended, the prisoners were taken away and the House of Culture was quasi complete. It did not last long. By the mid-1950’s, preservationists were working to get the building protected as a national heritage monument. Whether it was termed the Casino or House of Culture hardly mattered, better just to call it history. 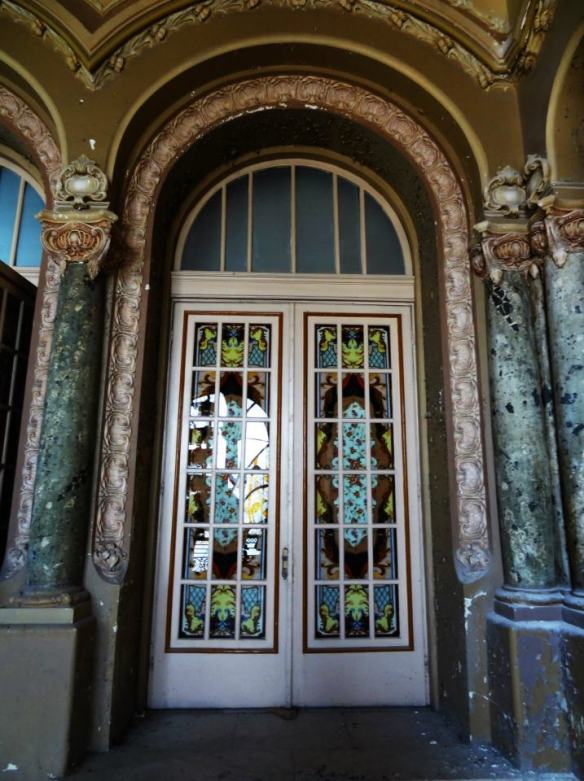 Coming Full Circle – Less Than Ideal Conditions
The building slowly regained some of its former splendor under communism, which was ironic considering that it had once symbolized the excesses of aristocrats and wealthy elites. The communist-era Casino played host to a handful of dignitaries, while being frequented by the masses who could now watch movies inside and enjoy a bite to eat. Beginning in 1960, up through the collapse of communism, the Casino was run by Romania’s Central Tourism Authority as a tourist attraction. Instead of gambling revenues, it was now state subsidies that kept the building open. This would not prove viable in the long run. From a financial standpoint, the Casino was ultra-expensive to maintain. Keeping the building up to its golden age standard was next to impossible. On the other hand, it was still a marvelous structure, worthy of great admiration even in less than ideal condition. At least one attempt was made to improve the interior during the later years of Communist rule, unfortunately it occurred at the worst possible time.

During the 1980’s, with the Romanian economy headed toward a full-blown crisis and dictator Nicolae Ceaucescu descending into the depths of megalomania, the tourist authorities decided that the building needed a major renovation. Never mind that a nation having trouble feeding its own population, while resorting to such “cost saving” measures as turning off heat during the winter could ill afford the slightest extravagance. Nonetheless, renovations were soon underway. In an odd twist, the gilt and refinement of the Belle Epoque made something of a comeback within the Casino while most of Romania wasted away. Stained glass windows, new flooring, wall panels and ornate light fixtures were installed. It turned out to be both too little, too late and not nearly enough. A nation with so few economic and material resources could ill afford this kind of esoteric excess. Communism imploded at the end of 1989 leaving government departments in dire straits. This situation led to the national tourist authorities handing the casino back to the city of Constanta in 1990. The Casino’s ownership had come full circle back to where it began. 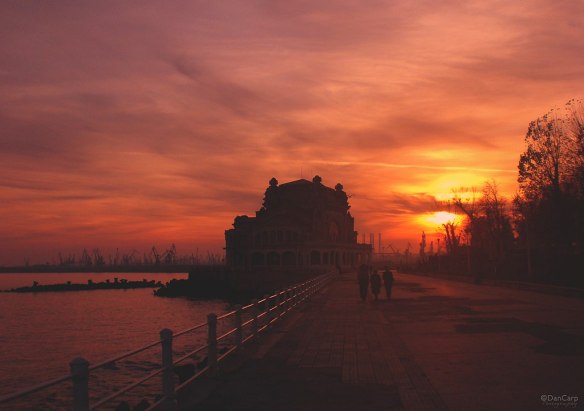 False Promises – A Series Of What Have Beens
The post-communist history of the Constanta Casino is depressing. It can be summed up as a series of what might have beens. Despite near continuous efforts on the part of both public and private entities, the Casino has remained vacant. Promises to restore, redevelop or reconstruct the interior and repair the exterior have turned out to be just that. The marvelous façade stands cracked and peeling, paint chips, glass shatters and the walls weaken. Guards keep the curious from getting a closer look. That is probably for the best. The only thing to see inside is one marvelously empty room after another. The Casino still stands for now, but the future is uncertain. Tragically, that is an improvement on its postwar past.