Twenty minutes after midnight on September 13, 1931 Szilvestre Matuschka stood in the cool autumn air close to the Biatorbagy viaduct just outside of Budapest. His nerves were on edge as he waited in worried anticipation to see if his bomb would detonate just as the Budapest-Vienna Express made its way across the viaduct. Matuschka was primed and ready for the potential calamity, an unnatural disaster that could wreak havoc on hundreds of innocent lives. This was the only thing that could bring him back to that state of demented euphoria he had felt just a couple of weeks earlier. That was when Matschuka had done the same thing, standing close to another viaduct west of Berlin in nervous anticipation of an explosion. Now standing in central Hungary, Matuschka could barely contain his emotions as the Express came into view. At that moment, he was the very definition of a madman, so nervous as to be almost at the point of collapse. A deeply disturbed man could no longer control his psychotic impulses. 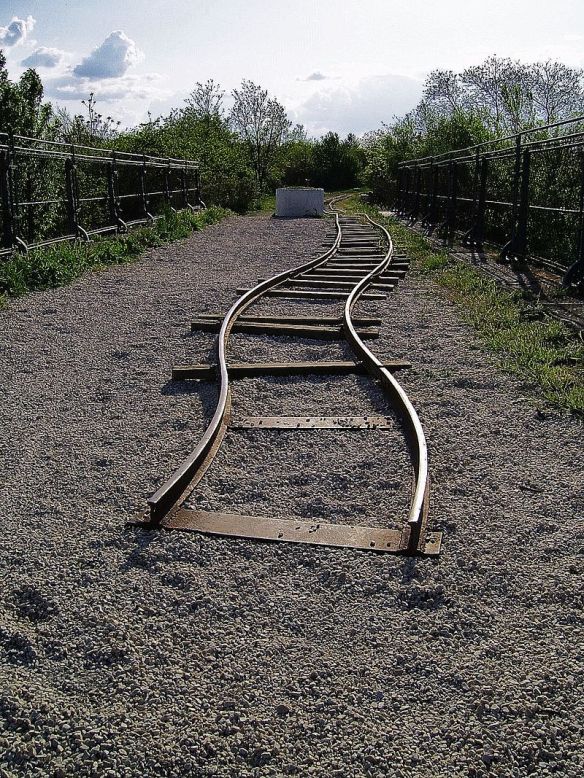 Terrible To Contemplate – The End Of A Line
As the Express began to pass over the viaduct, Matuschka’s bomb detonated between the second and third cars, ripping them apart. Several of the cars went crashing down into the ravine. Several were engulfed in flames. A scene of violent chaos unfolded below the viaduct. While almost anyone would have been horrified at this scene, Szilvestre Matuschka was not one of them. He had reached a point of emotional euphoria, and as investigators would later state, perhaps even deviant gratification. The worst nightmares of everyone aboard that train, were the fantasies dreams of Matuschka. If anyone ever wondered just how insane Matschuka had become, they only needed to consider what he did next. Rather than flee from the scene of hell on earth he had just created, Matuschka could not resist the urge to go help rescuers try to save the lives of those he had just tried to destroy. His act of crazed mania would turn out to be a massive misjudgment.

There were people screaming, burning, dying. Then there was Szilvestre Matuschka reputedly laughing and crying.  Matuschka made his way down into the fiery cauldron to witness his demonic work up close and personal. 24 people would die, while another 14 were severely injured and over a hundred required medical treatment. It was a miracle that anyone survived at all. The locomotive and five cars that crashed into the ravine had fallen 25 meters (75 feet). In the immediate aftermath, it was a scene too terrible to contemplate. Passengers, who minutes earlier had been napping, reading or settling in for a midnight train ride to Vienna, were now suffering through unimaginable torment. Intently watching this horror was Matuschka. He would claim to the authorities to have been a passenger onboard the train. To add insult to incendiaries, “passenger” Matsuchka made a claim for compensation due to losses he incurred because of the crash. This brought him to the attention of those investigating the explosion. Matuschka had overplayed his hand.

A Life Derailed – Off The Tracks
It was not long before investigators closed in on Matuschka. Their investigation revealed that not only had Matsuchka blown up the Biatorbagy Viaduct, but that he was also responsible for the two failed derailment attempts in Austria, as well as the bombing west of Berlin. He was apprehended in Austria and first put on trial for his two failed attempts there. A sensational trial followed that garnered a great deal of media attention throughout Europe and North America. Correspondents from London and New York provided eyewitness accounts of Matuschka’s increasingly bizarre behavior. The upstanding businessman who had seemed relatively normal up to this point in his life became something altogether different before a courtroom audience. Matuschka began to reveal elements of himself that he had hidden for years. He talked about his possession by a carnival hypnotist years before and how it led to a demonic character named Leo the Ghost controlling him. At times he would begin weeping uncontrollably or start shouting at no one in particular. Other times, he got down on his hands and knees. Some commentators compared his behavior to that of an ape.

Matuschka claimed, among other things, that spirits caused his actions. Depending on the day, these ranged from God to his old nemesis Leo the Ghost. He also made the spurious claim that he was a radical socialist revolutionary who was providing an example that would somehow lead to worldwide liberation for the masses. This was patently ridiculous, since Matuschka had been a businessman most of his life. He tried comparing himself to Leon Trotsky, likely an attempt to gain credibility. His stories were as changeable as his emotions, everyday brought more strange revelations. Matuschka even offered up the suggestion that he had been infuriated into violent action because no one would take his invention to improve train signals seriously. It goes without saying that Matuschka’s defense was doomed by his own words and actions.

Missing In Action – A Prison Break
It was not a surprise to anyone when the Austrian court found Matuschka guilty and ordered him to serve six years in prison. In Hungary, Matuschka was sentenced to death for the viaduct explosion. After serving time in Austria, Matsuchka was transferred to Hungary when his death sentence was commuted to life in prison. It was imperative that Matuschka stay imprisoned. He had claimed during the trial that however long his sentence might be, he planned on blowing up more trains as soon as he was free. He would be confined to a prison at Vac (40 kilometers north of Budapest) until the waning days of World War II. Matuschka most likely wrecked trains to fulfill his disaster fetish.

It is interesting to note that several sources state that Matuschka was sprung from prison by the Germans at the end of 1944, providing knowledge and services on how to rig explosions. Matuschka was back to blasting away in another World War. A strange code to a very strange life. The First World War may have provided Matuschka with the initial impetus to follow his nightmarish fantasies. The second one, likely provided him a last horrific hurrah. Matuschka went missing at the end of the war and no one is certain what happened to him. It is safe to assume that whatever did happen, the details were much like his life, tragically explosive.