Alarmed or puzzled! These are apt descriptions of the looks people give me when I mention my plans to travel around the Balkans. The Balkans at its worst conjures up stereotypical images of warfare, ethnic cleansing, ancient hatreds and byzantine blood feuds that no outsider could possibly understand, but which could catch an innocent bystander in the crossfire. The Balkans of blood lust is much more foreign to me, than I am to the region. The Balkans I know is a place of warm-hearted people, laid back attitudes, rich history, spectacular scenery and sumptuous food. Nevertheless, I have heard enough negativity to put me a bit on edge any time I travel to the region.

What I often discover is that the most dangerous part of traveling in the Balkans has almost nothing to do with any of those stereotypical maladies used by the western world to define it. Paradoxically, the most dangerous part of traveling in the Balkans for me occurs the minute I get on the road. This is always by bus or taxi. I have experienced a few close calls, but never enough to dissuade me from traveling in the region. And that includes a rather bizarre series of events at the Kotor Bus Station which involved mechanical failure, multiple explosions and a few locals acting generally insane.

Not so distant memories – Unrest in the Balkans (Credit: eadaily)

Getting Busted – One of Those Days
The sign that it was going to be “one of those days” came first thing in the morning as I prepared to leave by bus from Kotor to Bar further down along the southern coast of Montenegro. Kotor’s bus station was quiet for a Monday morning. Orthodox Christmas was only two days away and it was the off-season so I did not expect to find a crowd, but the bus station was close to deserted when I first arrived. Only a few people straggled in for the 8:58 a.m. departure to Bar. When it looked like there would be only three other passengers I was overjoyed. Empty buses and train carriages have always been a personal source of great satisfaction. They allow me to feel as though I am getting chauffeured around the countryside at no extra cost. My dream of lounging about the bus and seat hopping to take photos of the Adriatic was about to come true. That was until the driver began looking beneath the bus. The bus had come from further up the coast and looked to be in fine working order. The opposite turned out to be true.

The bus driver started out not by taking tickets, but instead he spent a great deal of time looking under the bus. I soon joined him looking for signs of a leak. Everything seemed fine to me probably because I wanted it to. Meanwhile, the driver pulled out his phone to make a call. He walked off to an area where he could be by himself. It was obvious by his animated talk that something was wrong. After the call ended, I approached the driver to ask if we were still going to Bar. He said the bus had a problem. It could not be driven until a mechanic came to work on it. I would have to take the next bus instead. I did not want to take no for an answer mainly because I am incredibly obsessed with departing and arriving on time, especially when it involves an empty bus.

I pressed the issue, asking the driver twice to tell me the specific problem. He refused to divulge any details. This was a good ploy on his part, since I do not know anything about buses and mechanical problems. Not to mention the fact that I would not trust any bus driver who would take advice from me on mechanical issues. Offering no explanation about the bus, the driver did tell me that I could use my ticket for the next bus. He then disappeared into the station. 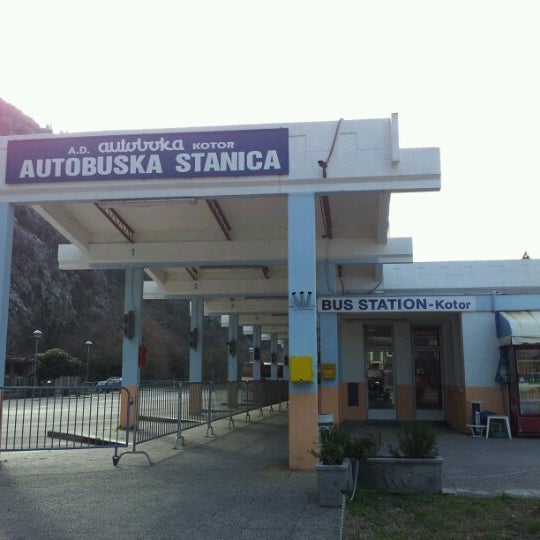 The Red Beret – Coming Under Fire
About this time a hatchback car pulled into the station. The hatch was open with a five-foot long piece of a tree hanging halfway out the back. Suddenly an earsplitting boom echoed throughout the terminal. It was amplified by the enclosed area around the bus platform. I had heard the same boom a few minutes earlier while purchasing food at the small shop in the bus terminal. When I asked the clerk behind the counter about the boom, she responded with indifference, “oh that happens a lot around here.” I soon discovered that her remark was a serious understatement. The arrival of the hatchback and its driver was accompanied by a succession of booms. Soon the driver appeared, grinning ear to ear. He was wearing a Red Beret (which will be nom de guerre for purposes of this story) and a camouflage jacket.

It soon became apparent that this man was setting off fireworks. Each time one exploded he would start grinning from ear to ear. It was not long before he was shaking hands and exchanging hugs with several others who worked at the station. He went back to his car where he grabbed the tree and proceeded to carry it into the station. All the while, there were more booms. These were courtesy of a man who minutes earlier was laughing it up with the Red Beret. Booms soon followed in rapid succession to the point that it felt like we were under artillery fire. Meanwhile, the ticket seller came out of the station with a small piece of the tree in his hand. I divined that the tree was part of some Christmas tradition. The fireworks might be as well.

Exploding Forth – The Balkan Bus Station War
When the Red Beret left, the booms continued with alarming frequency. It felt like another Balkan War had broken out at the Kotor Bus Station. Montenegro had largely sidestepped the Yugoslav Wars. Perhaps the men I saw were trying to start one of their own. Oddly enough, only one prospective passenger complained. An old man started chiding another man who had received from fireworks from the Red Beret and was now proceeding to join the fun. Rather than cease and desist his activity the new firework thrower decided to help the old man and a woman with him find their bus. Then this Janus-faced, erstwhile Good Samaritan started lighting more fireworks. Soon he tossed one within a foot or two of an unsuspecting man who was enjoying a smoke. The firework proceeded to detonate extremely close to the man. What would this man do? I prepared to see a fight. This was the Balkans after all.

Click here for: Short Fuses In Kotor & Bar–  Implosions & Explosions in the Balkans  (A Balkan Affair #16)