The inaugural journey of the Orient Express took a decided turn towards the east once it crossed into Romania. This was where western Christianity gave way to eastern Orthodoxy. It was a land with deep historical connection to the west going all the way back to when the Romans conquered and colonized what then known as Dacia in the early 2nd century AD. By the latter part of the 19th century Romania was viewed as a dark and mysterious hinterland of Europe. Some called it part of the Balkans, others said it was just an appendage. The people spoke a Romance language akin to Italian and French, but they were ruled by a German who had been forced on them by the Great Powers. Romania was an odd country, surrounded by Bulgars, Slavs and Magyars, it did not fit in with any of its neighbors any more than the Magyars did with theirs. It did have the saving grace of a language which looked and sounded intelligible. As the furthest eastern outpost of Latin Europe, Romania was strangely familiar and totally foreign all at once. 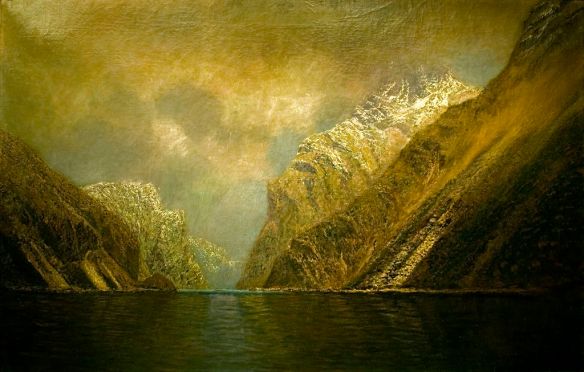 Passing Through – Porta Orientalis
The Express would cross the border just beyond Orsova, a town whose history over the prior three centuries had been a proving ground for various empires. It had been the plaything of Ottomans, Habsburgs and Hungarians, with a fate formulated in treaties decided far from it in places with such scintillating names as Passarowitz and Sistova. A border town that was always on the wrong side of something, Orsova in 1883 was squeezed between Austria-Hungary and Romania. Considering the numerous times that it had been passed back and forth by interlopers, the town’s current geopolitical situation likely meant little to its inhabitants who somehow managed to outlast invaders. The newest one was not Turkish or Tatar, but technological. The Orient Express had much in common with all its former conquerors, in that it was also just passing through.

The final stopping point to be crossed on the Austro-Hungarian frontier was appropriately named Porta Orientalis. The passengers on board the Express had little idea what lay beyond. The moment of crossing into Romania must have been as fascinating as it was historic. The Express had brought them to this stretch of frontier by way of a valley with low, thickly forested mountains on either side. It was a strangely beautiful preparation to enter the great beyond. It was here that the Orient Express had finally arrived in the Orient. No one onboard knew what was in store for them. Twilight would soon descend upon the Express, as it in turn descended upon the Iron Gates. The passengers were allowed a fleeting glimpse of this natural wonder just before sunset.

Through The Iron Gates – Above & Beyond Bucharest
The Iron Gates, an evocative and forbidding term of description, was where the Danube took revenge upon those foolish enough to test its tempestuous waters and surrounding boulder strewn landscape. Skirting this chasm of wildness was an undertaking that frayed even the steeliest of nerves. Making this transit was best done after dark. That way the passengers would not see the frightening aspect of a terrifying fate flashing before their eyes. It was here that nature raged at its wildest. Eddies, whirlpools and boulders threatened to swallow or impede the unwary. Fortunately, the Express’ locomotive driver proceeded with caution, slowing the pace of travel to a crawl. In this fairy tale dreamscape, full of menacing beauty, one side was bordered by the southern edge of the Carpathians, the other by the beginning of the Balkan Mountains.

The Express, like the river, slithered through the Iron Gates. A couple of hours before dawn, the Orient Express entered Bucharest where it was met by representatives of the Romanian State Railways. No state officials or royalty was there to meet its arrival. This unceremonious welcome obscured what was to come. The passengers were slated to meet King Carol and Queen Elisabeth (who preferred to be called her literary name of Carmen Sylva), but not in Bucharest. Instead the meeting was to take place 120 kilometers to the north amid the magnificent Bucegi Mountains, at the newly constructed Peles Castle.

The Orient Express was shunted onto a sidetrack, then began to steam northward. It traveled through an incredibly diverse array of landscapes in a comparatively short amount of time. After leaving the cityscape of Bucharest it entered rolling farmland. This was followed by the growing city of Ploesti, its surroundings pockmarked with wooden derricks from one of the world’s largest oil fields. Then there was a climb into ever deepening forest along the Prahova River valley, before the Express pulled into the small station at Sinaia. The King and Queen were not at the station or anywhere in the town at that time. They were sequestered high above in their palace. No one knew what the plan was for meeting them. In the meantime, the passengers enjoyed a large lunch on the veranda of the just completed Grand Hotel Noles. Finally, an officer of the palace guard showed up to tell everyone that the royal couple would receive the passengers at the palace.

Queen Elisabeth of Romania and Carol I of Romania

Talentless Amateurs – Meeting The Royals
There were no carriages for transport to the palace, thus the passengers were forced to make their way up a muddy road. They were soon inundated by a torrential downpour. One journalist who made the trek stated that the road to the palace was better for mountain goats than people. By the time they arrived, the passengers were muddy and drenched. The palace was an architectural atrocity of grotesque faux grandeur. It had taken separate efforts by an Austrian, a German and finally a Czech architect to achieve such a state of dissymmetry. While its considerable cost had exacerbated the already dire state of Romania’s finances. In the Hall of Honor, the royal couple (both minor German nobles imposed upon Romania) who could barely stand to be around one another, greeted the passengers. The King and Queen were dressed in ridiculous outfits. The former in a general’s dress uniform, while the latter was in a flowing Romanian costume which served to accentuate her expanding waistline.

Personality wise they were no better than their dress. The King was his usual aloof self, only interested in forestry and botany. He was bored by the entire ceremony. Meanwhile, the queen who styled herself a literary genius, recited reams of inane verse to the French journalist Edmond About, who she desperately wanted to impress. The passengers were shunted through several despicably ornate rooms. At one point they were confronted by King Carol’s art collection which was nothing more than a series of works by the Old Masters reproduced by the hands of talentless amateurs. When this depressing visit had run its course, the passengers were escorted out the wrong way, mistaken for laborers and treated with rudeness. It would not be until ten in the evening before the train arrived back in Bucharest. Thus, went the horrifically memorable visit of the Express’ first passengers to an Oriental leader. It had been a day of decadence and decided lack of taste.

Click here for: The Orient Express In Austria-Hungary – Romancing The East: An Initial Journey Into Exoticism (Part One)